I’ve been in China for 5 days now and have been on A LOT of adventures. This post is a special shout out to Jake Tracey for motivating me to write it. I’ve been doing a whole bunch of

stuff and adventuring. So I’ve decided to divide this post into a few general observations I’ve made about China and spending time here. This is a super wide overiew of what’s been going on and doesn’t go into much detail. Specific details and stories might be covered in future posts but I’m not guarunteeing anything. Deal with it.

Most things I’ve come across have some pretty large security component to it. Want to get on the train? Bag in a scanner and through a metal detector. Lets cross the road into Tianiamen Square. Nope, they’ve walled the whole thing off and require you to go through more metal detectors and xrays.

There is plenty of stuff that you don’t need to be scanned for but anything remotely political or busy you can bet there’ll be some uninterested guards who look no older than 17 standing there watching all the people go past. I’m not sure if this says something about the insecurities of the Chinese government or what but it does seem like a bit of overkill at some points.

When I was going to catch the subway the other day I got told by the guard that I wasn’t allowed to bring water on the train. I’m trying to relate this to home where I carry a metal water bottle with me pretty much everywhere, if I lived in Beijing I wouldn’t be able to do that, which I find strange. 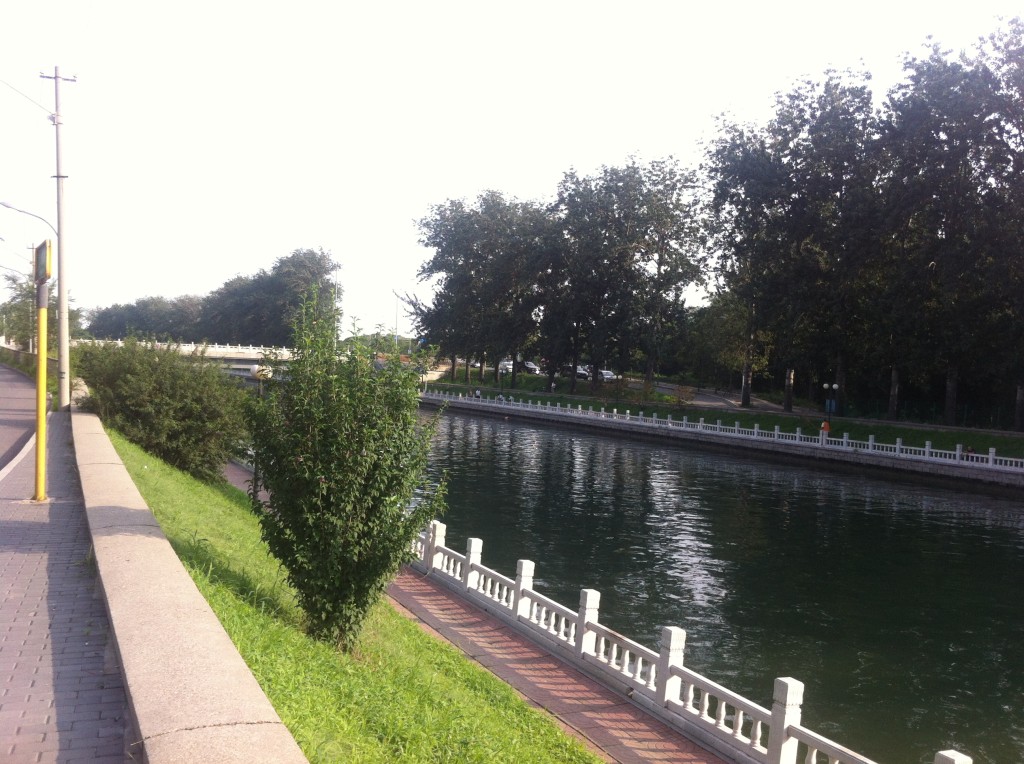 China is goddamn huge. Beijing is an enormous city and absolutely untraversable by foot and I believe that if the subway didn’t exist the city would halt. At numerous points throughout the last week I’ve decided to go on walks whether it’s to get water and food, explore or go to a tourist site and every time I’ve astounded by how long it takes to get anywhere. A building can be 20-100 meters wide and a lot of the roads I’ve seen range from 6 to 8 lanes.

I’m going on a Great Wall hike tomorrow and was discussing how long it would take to get from my hotel to the pick up point via subway, 45 minutes. 45 minutes via high speed underground train. If I was to try and walk it I would be looking at a few hours and would probably need an overnight bag.

Yesterday I went to the Summer Palace and Kunming lake, which is 3km square with 70% being covered by water. I spent 6 hours walking around the Palace and visiting the various sites and I did not double back at any point (except for galleries with one entrance). After walking around for so long I decided to leave to go get dinner, when I’d walked in I thought the walk was a little bit long and there wasn’t a footpath so I had decided to turn right to see if that would take me closer to the train station. I ended up walking for over 2 hours. I began walking and walking then eventually ended up near a freeway and kept walking and walking then I saw a street turning east, which would take me back to the park. I walked and walked then eventually made it to the gate. I tried to get back in with my ticket from earlier in the day but it wouldn’t scan as it had already been used I tried explaining this to the guard but he didn’t speak any English. Luckily an American/Chinese woman was nearby and heard my plight and was able to explain to the guard what had happened and eventually I was let into the park. Awesome, right? Sort of, I know had to walk around the entire 3 kilometre lake to get to the eastern gate and back to the subway. Moral of the story? China is goddamn huge. I was able to get some nice photos from the long march though.

So I'm on my way to China

GGeneral
I’ve been busy, like REAL busy. A bunch of stuff has happened in the last few months, which…
GGeneral
If you’re having trouble with Laravel routes not responding on an IIS server follow these steps to make…
GGeneral
So I’ve been playing around with Laravel for a while at work building an event management app and…
GGeneral
GGeneral
If you’re trying to run RSpec tests and getting a stack of warnings go into your .rspec file…
GGeneral
Frameworks are designed to make programmers lives easier. How do they do that? They do that by getting…