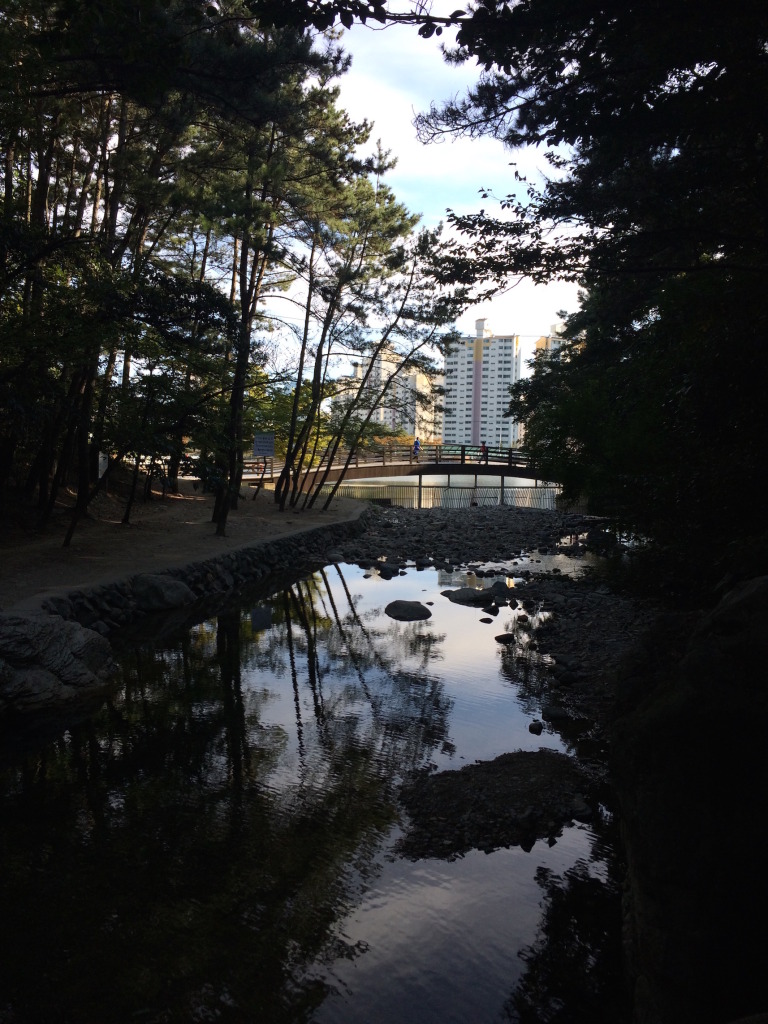 Today was pretty good. I had a massive sleep in and got up around 11.

I’d wandered around Busan a bit last night and noticed the aquarium. It is really close to the hostel and took about 10 minutes to get there.

The aquarium had pretty good reviews on TripAdvisor with some negative ones being mostly about size and cost. The cost was 24,000₩ and I would call it a medium-sized aquarium compared to others I’ve been to.

The range of animals were mostly from China, Japan and of course, Korea. There were some school trips in the building at the same time as myself but I was able to wait a bit for them to get ahead and the noise to subside.

Busan aquarium has a fin-less porpoise, which according to the aquarium gets caught in a lot of fishing nets as by-catch. I wasn’t able to spend any time close to the porpoise because it’s part of a special tour that I didn’t pay for. I was able to spy on him from a distance though.

There were some enormous eels and a first for me was seeing the eels actually move. I’ve been to multiple aquariums where an eel will just sit around and not do too much. There were some penguins, lots of sting rays and a ton of sharks. The sharks were free-swimming around a large walk through pool and came quite close to the glass for a unique view. Some large turtles were in this tank as well and when I was walking through were really active.

The aquarium has a sting ray pool with many rays swimming around and getting up against the glass, I’m sure they were trying to eat me. It was really interesting watching schools of fish swimming underneath the rays. It also dawned on me that rays are underwater birds in how they flap their wings as they float through the water.

I could spend all day at the aquarium but made the commitment to myself to go hiking.

Today’s hike was to Jangsan Falls. Looking on the map the falls end in an area surrounded by apartments so I made tracks there and began walking upstream.

I walked under bridges and stone paths and realized that this wasn’t the intended route to the falls but it was fun no less and I got to see some man-made falls where water runs out of Jangsan into a lower level stream.

Jangsan was a great place for hiking with a worn but not paved path and the opportunity to climb along different rocks and cross over the river. Once I reached the top I took a different path and found a big slope filled with rocks. I climbed for a while and as I turned around I was rewarded with an amazing view of Busan and the surrounding mountains. Climbing the rocks was a lot of fun but the view made it something I won’t forget in a while. 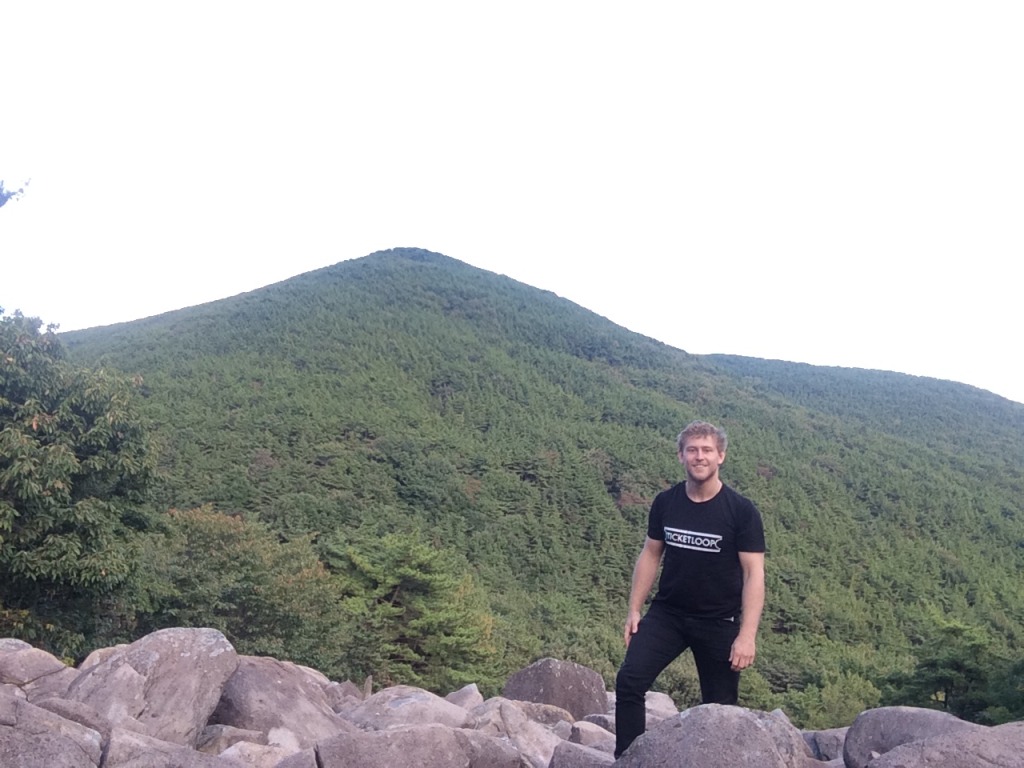 My feet are bruised and my body is sore by this point so I make it back to the hostel. I’m sitting around on my laptop and get invited to drink some soju with some girls that are staying in the hostel. We’re talking and after a little bit more soju we decide to go to karaoke. We spent the rest of the night singing and went for a walk along Haeundae beach before finding ourselves at a lookout point looking back onto the beach.

My day was filled with great views. 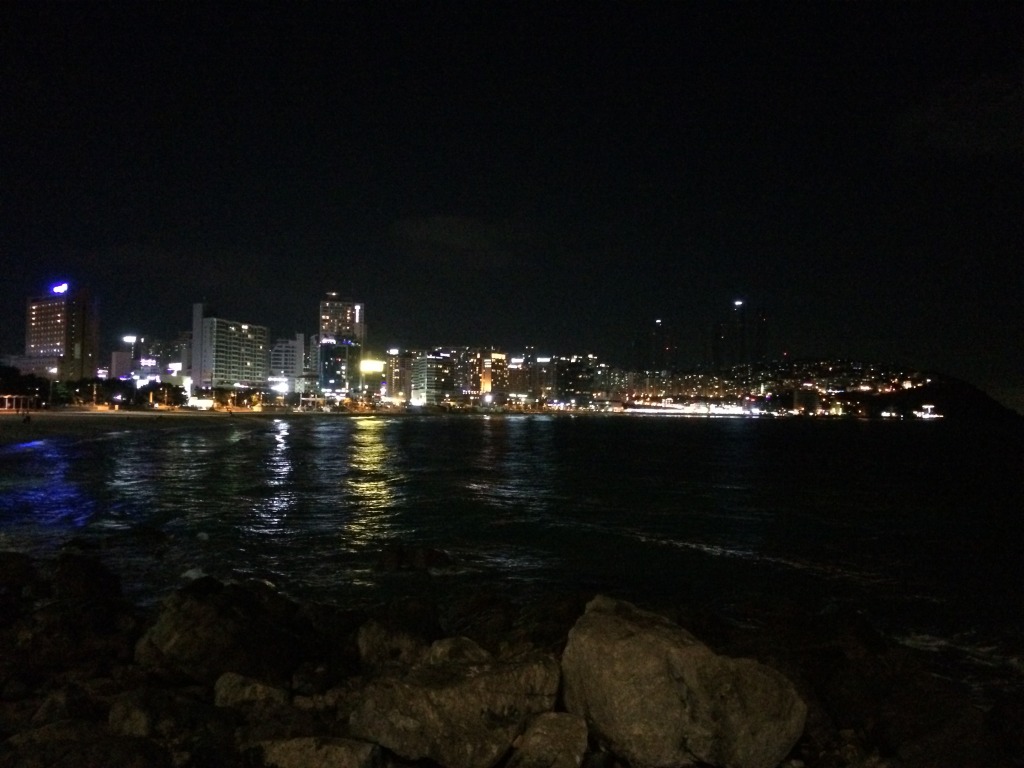