Day 2 in Gyeongju has involved a lot of walking. A lot. After a hostel breakfast of mostly toast I set out to explore the sites my host and told me about the night before.

I headed out through downtown Gyeongju and off to the nearby tombs. These things are huge. The biggest is 23 meters. It’s set out as an open park and you’re allowed to climb the tombs, so climb them I did. I spent over forty minutes sitting on top of this tomb thinking about the world. It was really relaxing to sit above four-story buildings and look at the surrounding area and into the other parks.

I next made my way to the area I’d explored on my initial walk through Gyeonju. This area has more tombs and is home to the oldest astronomy observatory in East Asia. It was a good place to visit at night but I wanted to check it out during the day for some better photos. 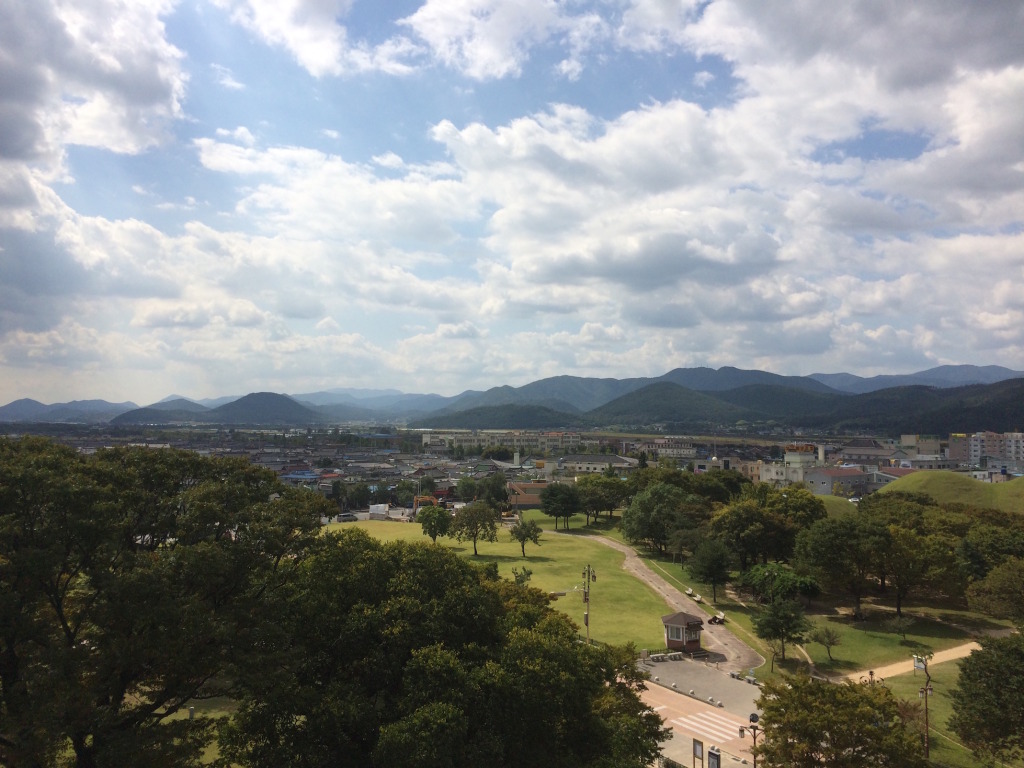 This area also contains a forest. The forest involves a river and used to surround a fortress run by the Silla Dynasty.

I trekked into the forest and took the first non paved path I could. The path took me around the outer perimeter at an elevated height so I could see over the parks as well as onto the river below. 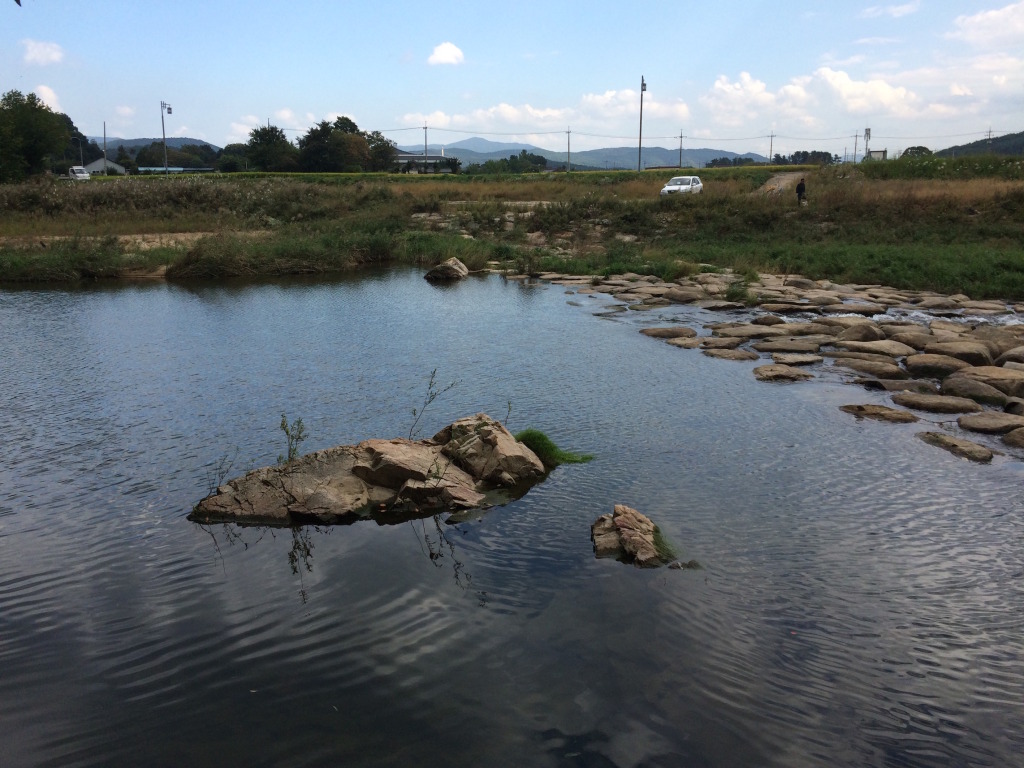 I was walking along and taking every higher path that I could. I’m walking up one of these paths and am thinking to myself: “I’m looking at where my feet are about to immediately step a lot, if I look ahead a bit further I’ll be able to pick a better line.” I start looking forward more and put my foot onto a step when all of a sudden a goddamn snake slithers across a higher step at roughly eye level. When we saw each other we both booked it out of there. Me down the path and snake bro into some leaves.

I received a lovely hit of adrenaline for my trouble that stayed with me for the rest of the day.

I continued my walk around the forest far more aware of the noises the leaves and trees were making. I found a path that took me right down to the river bank and some rocks where I channeled my inner snake and laid around for a while, enjoying the sun. 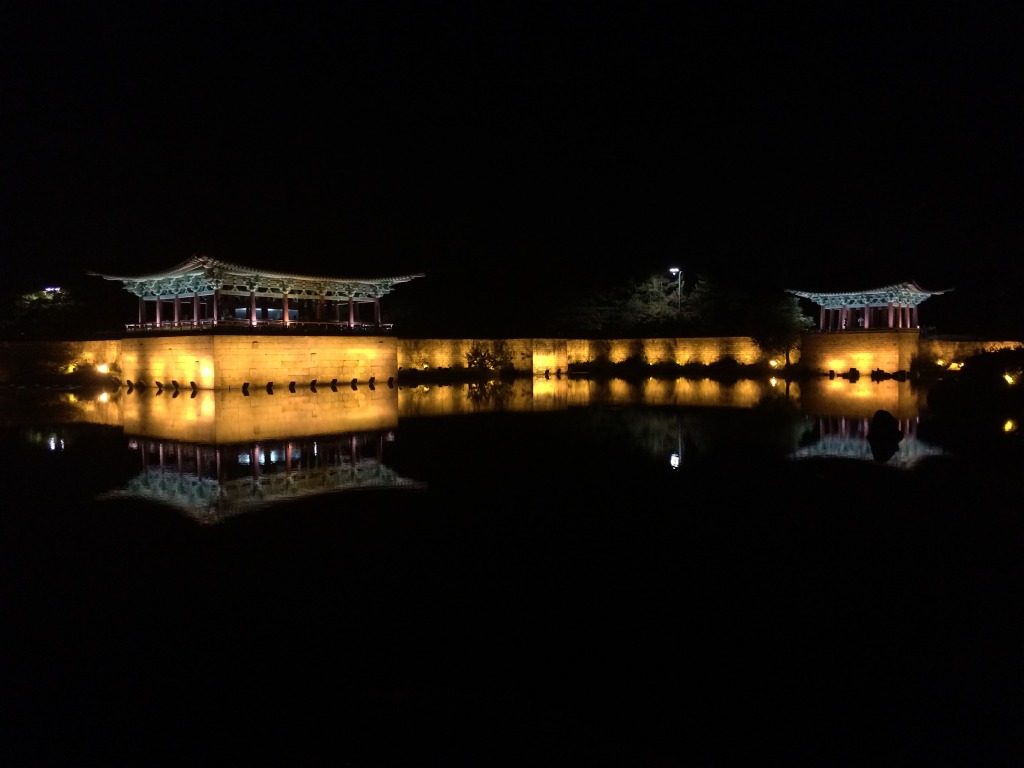 My walk went on for a while longer and took me around the entire forest where I ended up roughly back at the start with a far greater appreciation for the surrounding area. I wanted to walk beyond the Silla grounds, which are the main tourist attractions. I wandered through the streets for a while. There was a traditional village but as with most of these things it felt very commercial and tourist oriented.

I returned to my hostel for some rest and just grabbed myself a bicycle so now I’m hitting the road and seeing what Gyeongju looks like from a sweet set of wheels.

After riding around for a while I went to Anapjie. It is an area that was used in the Silla Dynasty and in other times for guests and royalty to rest and enjoy themselves. The lake attracts many ducks and has a lot of fish in it. While I was there a lot of school children were as well making for a pretty loud night without many lone photo opportunities. 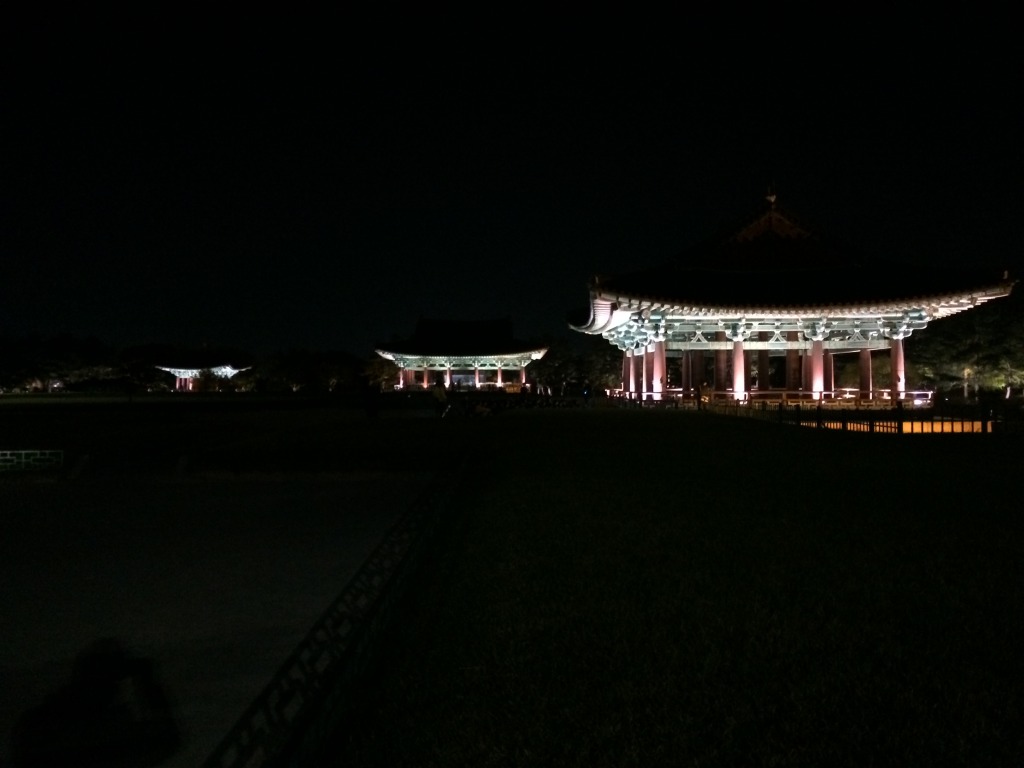