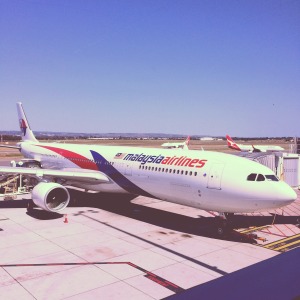 I’ve been in Korea for a while now. By a while I mean an hour or three. I’m sitting at a Samsung charging station letting my phone get some battery. I think I’ll need it today. My next step is to get on the KTX to Jeonju. It should involve three trains. One to Seoul from Incheon then another to an intermediate station. I met some interesting people on my flight. From Adelaide to Kuala Lumpur I sat next to a guy called Geoff. Geoff is going to India for a yoga and meditation retreat.

Geoff and I had six hours next to each other and discussed many things. His wife died 12 years ago from cancer and he found comfort in Buddhism and practicing meditation as well as yoga. He’s attended many retreats in that time including one that involved no talking while walking 4 metres, turning around then walking back for many hours. He was willing to share a lot of wisdom on the journey and it was thoroughly enjoyable. Geoff had many stories to share of times that he had spent travelling and living overseas. As someone looking to do similar things I certainly learnt a lot. His attitude to life is something I found myself agreeing with and I can see that his values are very closely aligned to Buddhist practice. 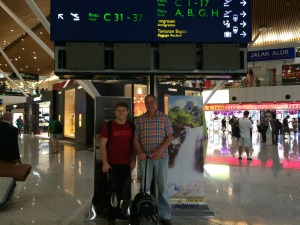 The second flight from Kuala Lumpur to Incheon was okay but I didn’t sleep as much as I would have liked. I have sore muscles after it and think my blood has thickened. There aren’t any clots though. After my 23 hour flight from Frankfurt to Adelaide I had a blood clot in my foot for over a week and if I can avoid that again I’ll be happy. Immigration was slow, I think it was mostly due to the high concentration of people coming from countries like Thailand, Cambodia, Mongolia and Eastern Europe. They do double finger printing here, which is cool but different and somewhat unnerving. There were a lot of Mongolians in immigration as well as a Czech musician group. I think I’ll need a Korean language offline app while I’m here. I hope I don’t get too lost and my accommodation is okay. I’m off to find a KTX and an ATM. I tried to withdraw money from an ATM but it denied multiple times. I needed to select “credit advance” as my transaction type. Buying tickets was easy but I need to transfer twice so we’ll see how that goes.

Note: This section was written a few hours after the previous paragraphs. The train ride was roughly three hours 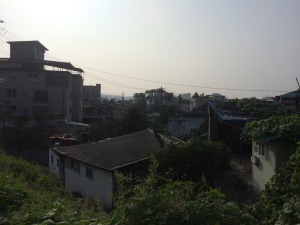 The hostel is pretty sweet. I’m the only guy staying there at the moment so I have a six bed dorm to myself. Ashley is the owner, she’s travelled around the place a bit and speaks good English. She had some friends over today, they were all Korean and didn’t speak a lot of English. I heard a few phrases that probably related to me but I was tired and they bought me hotoh so what does it matter? 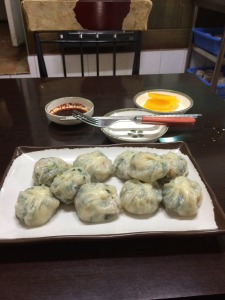 I was sitting at the communal table at the hostel while I reviewed emails and added some things to the TicketLoop Weekly and some of Ashley’s friends came in with a bunch of food and offered me some hotoh, it was delicious, like a cinnamon doughnut but better. I walked through Hanok village and now I’m trying to get some food.

I’ve found some sort of bar but I don’t know if there’s a menu or if they care about me being here at all. I have beer nuts but I don’t trust them, because who trusts beer nuts? I just want some noodle soup.

That bar was pretty lame. I left after I realized that they were never going to talk to or acknowledge me. The bar had these red bean sweets that were pretty good. Now I’m buying some dumplings. I’m not sure what the price is here but I guess I’ll find out. The guy gave me a fork which is pretty cute.

The room is filling with steam, I think my dumplings might be ready. I’m really looking forward to sleep.