Today wasn’t the most interesting day. I woke up late and sat around on my laptop for a while waiting for my phone to charge and talking to some of the housemates I have. 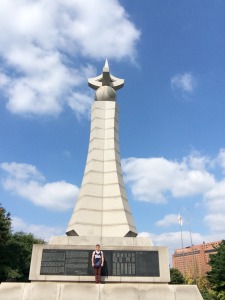 I left home around 12 and went for a walk with the intention of making it to Dongdaemun, a shopping district sort of nearby. I was looking at maps and it looked like the better option to cut over Namsan park. The map I had loaded didn’t detail the internals of Namsan very well and I ended up going up then coming back down not too far from where I began but much closer to my destination.

Namsan was much better during the day when it’s not raining than my previous visit. I made it to Dongdaemun around lunch time and wandered around. It’s what I was expecting and I always have the same problem at these types of places that when I need something I’ll go and specifically get it. I’m not a big one for just walking around buying stuff. After a bit of wandering I made my way home and went cruising around Itaewon. I spent my night walking through the backstreets and soaking up the night life before heading home for sleep. 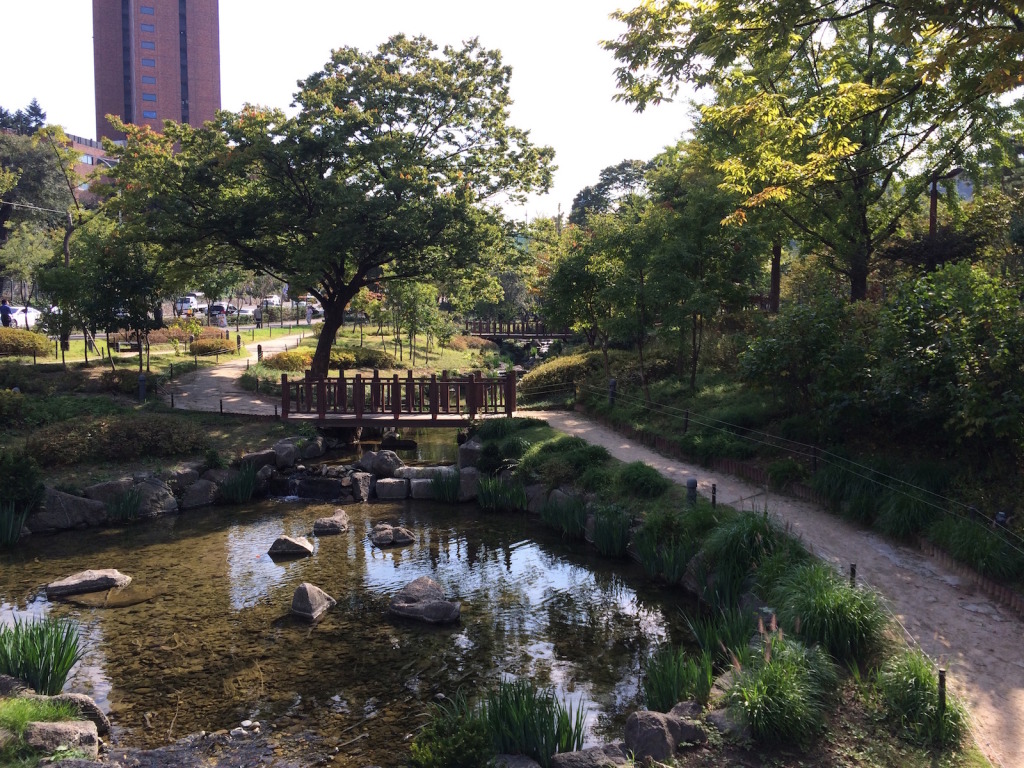 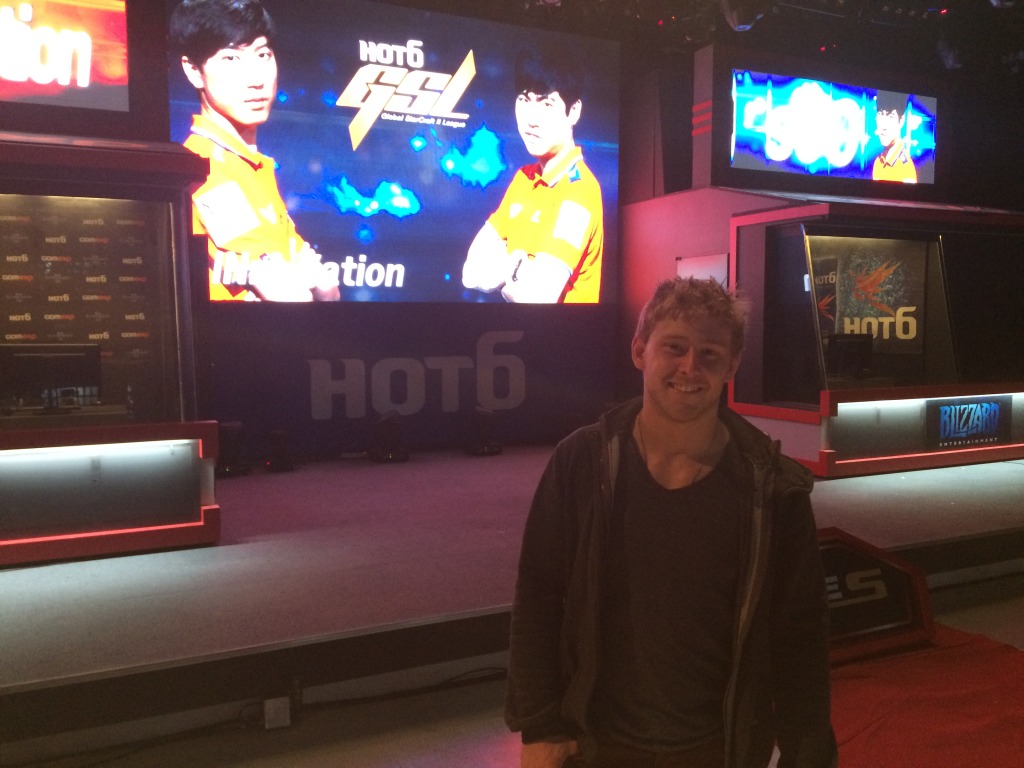 Oh yeah! Today is the finals for the GSL (Global Starcraft League). I’m a big fan of starcraft and follow the GSL reasonably closely back home. I’m really looking forward to seeing it in person.

The studio is in Gangnam. I tweeted at GOMEXP and they recommended getting there 3 hours early. I made the trip to Gangnam at got here at 1. I’ve had a bit of a walk around and just ate some delicious spicy pork with rice. I’ll have a bit more of a walk around and aim to get there at 3 to see what the crowd is like and whether it’s worth going in.

The final is between Zerg player and five time GSL finalist, soO. He’s up against everyone’s favorite Terran, Innovation. I think it would be hard to pick a better final to attend. 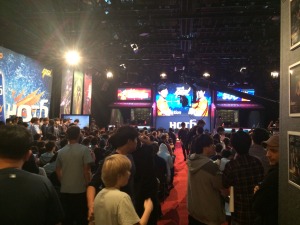 GSL was awesome! I got there around 3:20 and there was a bit of a line. Tickets are free and after a bit of confusion with the door people I was able to get one. At 4 they let all the foreigners go upstairs to get photos, headsets and vote on who was going to win. I picked soO. Being first in meant that we got to pick our seats first. There were a lot of seats reserved for SKT community including team members and family of players.

The commentators came down, told some jokes and hyped the crowd a bit. All in Korean, of course. Tasteless and Artosis came and spoke a bit in English, apparently there were more foreigners than expected and they ran out of English language headsets!

The room got really packed really quick with a lot of people left standing and lining all the up the runway.

The games started and soO won the first two and was looking good with roach/bane all ins. It was a great experience to be in there with the crowd and while we didn’t speak the same language the excitement and emotions are universal. There were chants for players accompanied by screams of joy or disbelief as the game’s events unfolded. 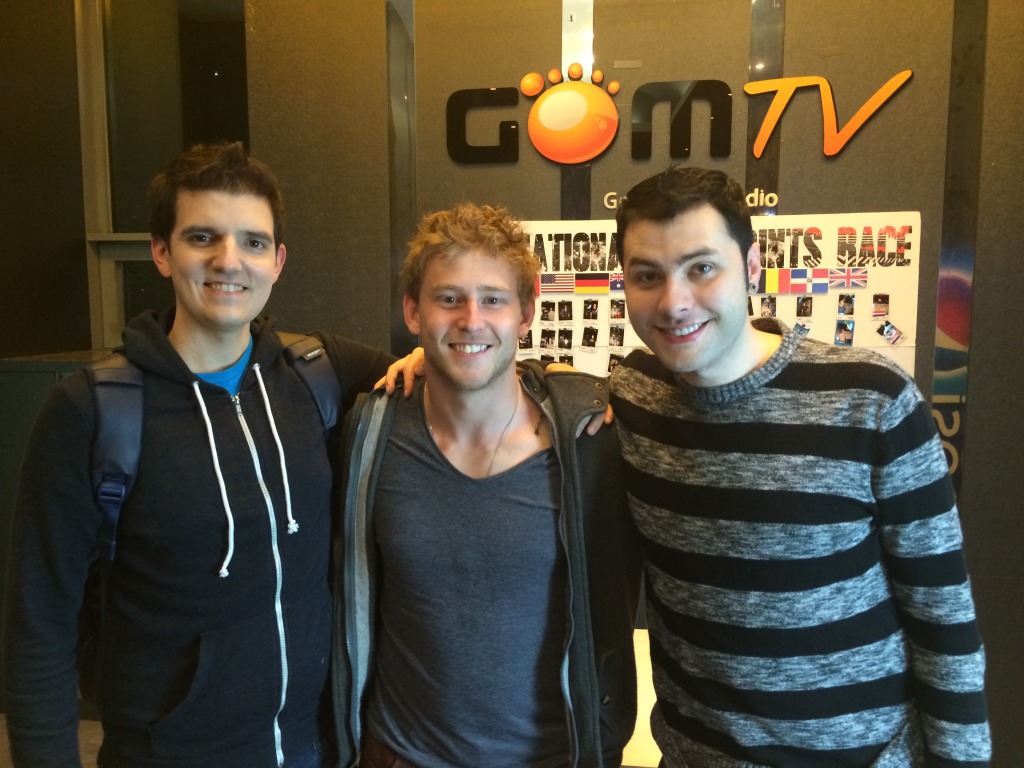