I woke up and 7am and decided that I’d catch the bus at 9 or 10. This got somewhat delayed. The night before I’d been looking at maps of Jeonju and saw what looked to be an amazing lake nearby and as we saw with martyr mountain, once I’ve got something in my head it’s probably going to happen regardless of practicality.

I left around 9am for my walk, which could easily be referred to as a hike. It was a similar path that I’d taken from the Jeonju train station to the hostel except this time I’d be walking around the city instead of through it and I didn’t have 15 kg of luggage strapped to my back. I wasn’t expecting much from the reservoir and considered turning back and just going to Seoul but I committed this far so I may as well keep going.

When I reached the lake, boy, was I rewarded. It’s a lake that is surrounded by mountains on all sides and its high enough that you can see over Jeonju itself. 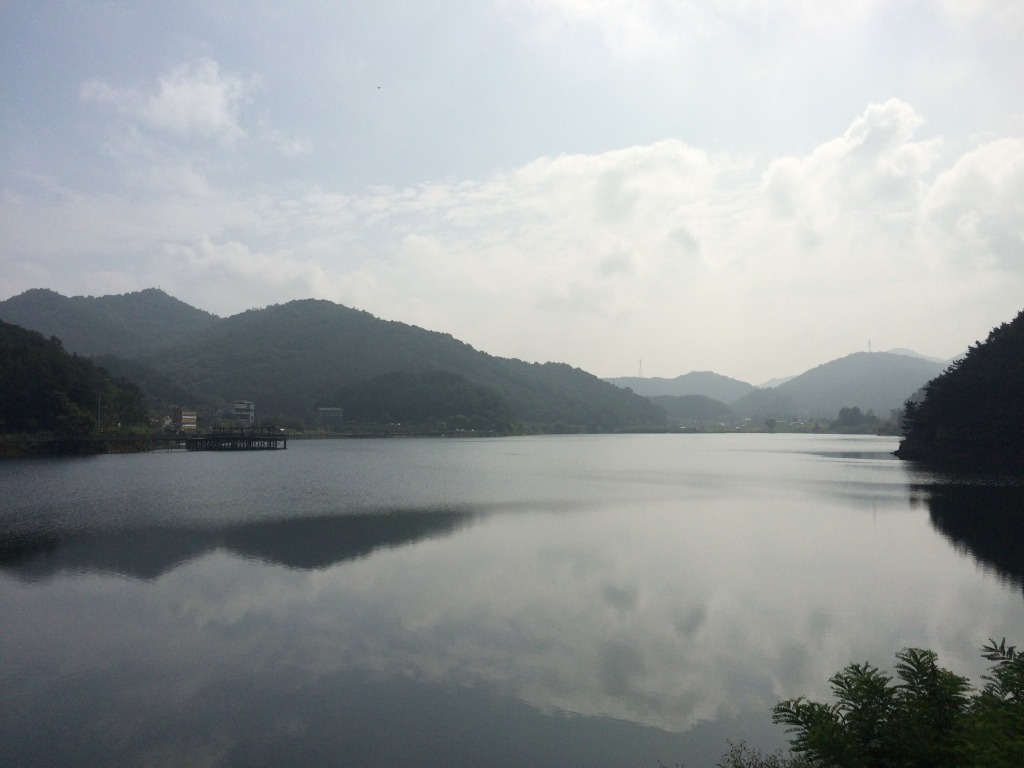 I took some pictures and began my far less interesting trek back. When I returned to the hostel I grabbed my bags and set out with the song “Setting Forth” by Eddie Veder playing.

The walk to the bus stop was longer than I expected but overall it was a nice walk and I was going to sit down for 2 hours and 45 minutes anyway.

An uneventful bus ride was made more interesting by being able to watch the Incheon games that included boxing and Taekwondo. I arrived at Seoul around 3:30, hopped on the subway and made my way to Haus Hostel. It’s a cute little place with enough room for everyone. I currently have two roommates with one leaving tomorrow. I am staying in Itaewon, a very foreigner friendly area. Itaewon is also the home of the only mosque in Korea so there is a significant Muslim community mixed in with Koreans and Westerners.

After I had settled into the hostel I was looking at maps to see what was around and spotted a park that was within walking distance. I quickly headed out and meandered down while taking in all the sites of Yongsan. I made it to Yongsan family park around 6:30 and it was already sort of dark. I explored the park for a bit which contains some pretty interesting features like a giant hand and a giant chair. The park wasn’t particularly big so after a bit of walking around I decided to get some dinner. I found a Pakistani restaurant in Itaewon that promised some delicious biryani. They were certainly right about the biryani, really full of flavor and worth the price for the amount of food. 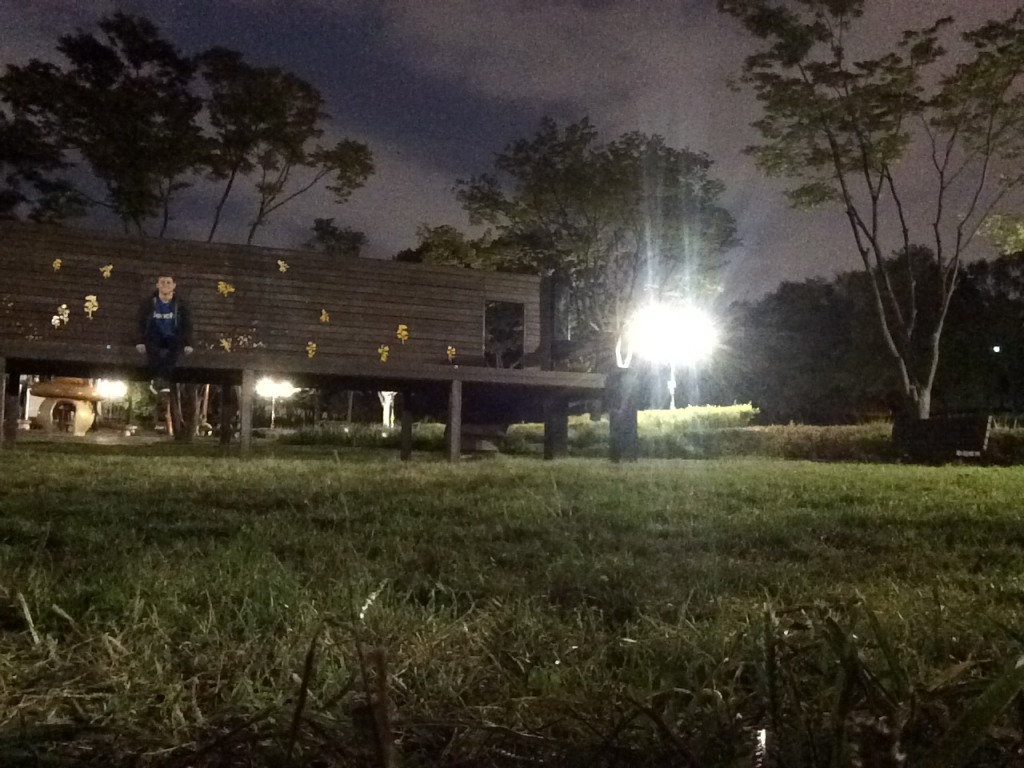 I made my way home after that and got to sleep ready for tomorrow. 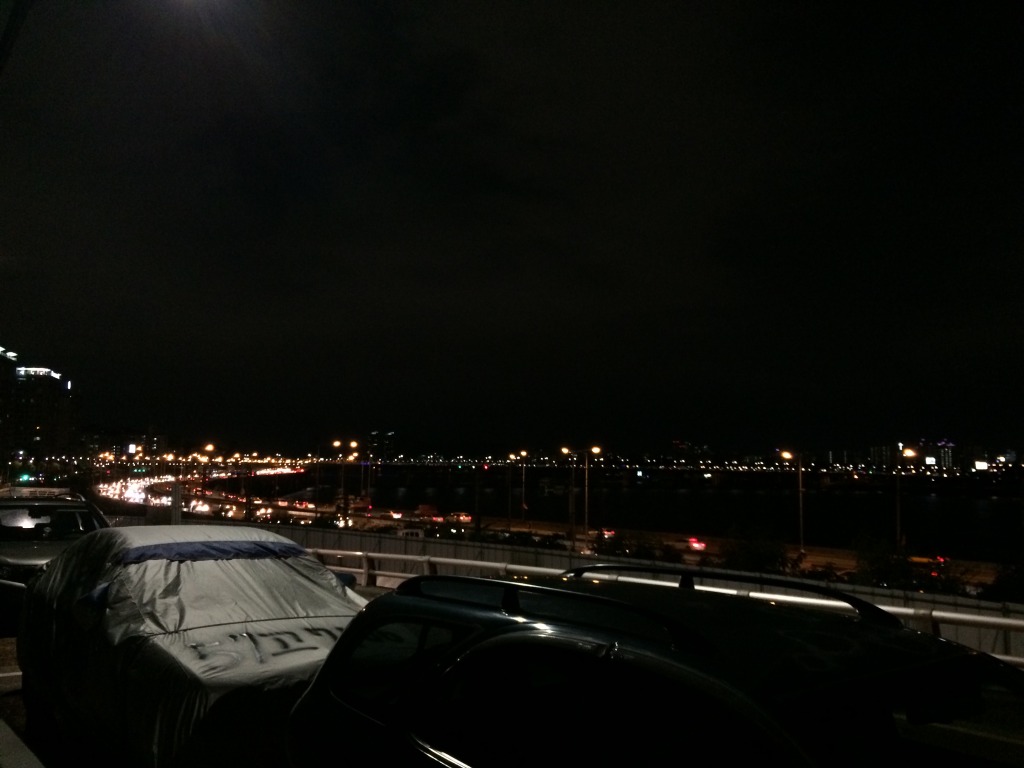