At the end of last year I was asked to speak at the ASMS’ Presentation Night. I was speaking to high school students in years 10-12. Here is the transcript! 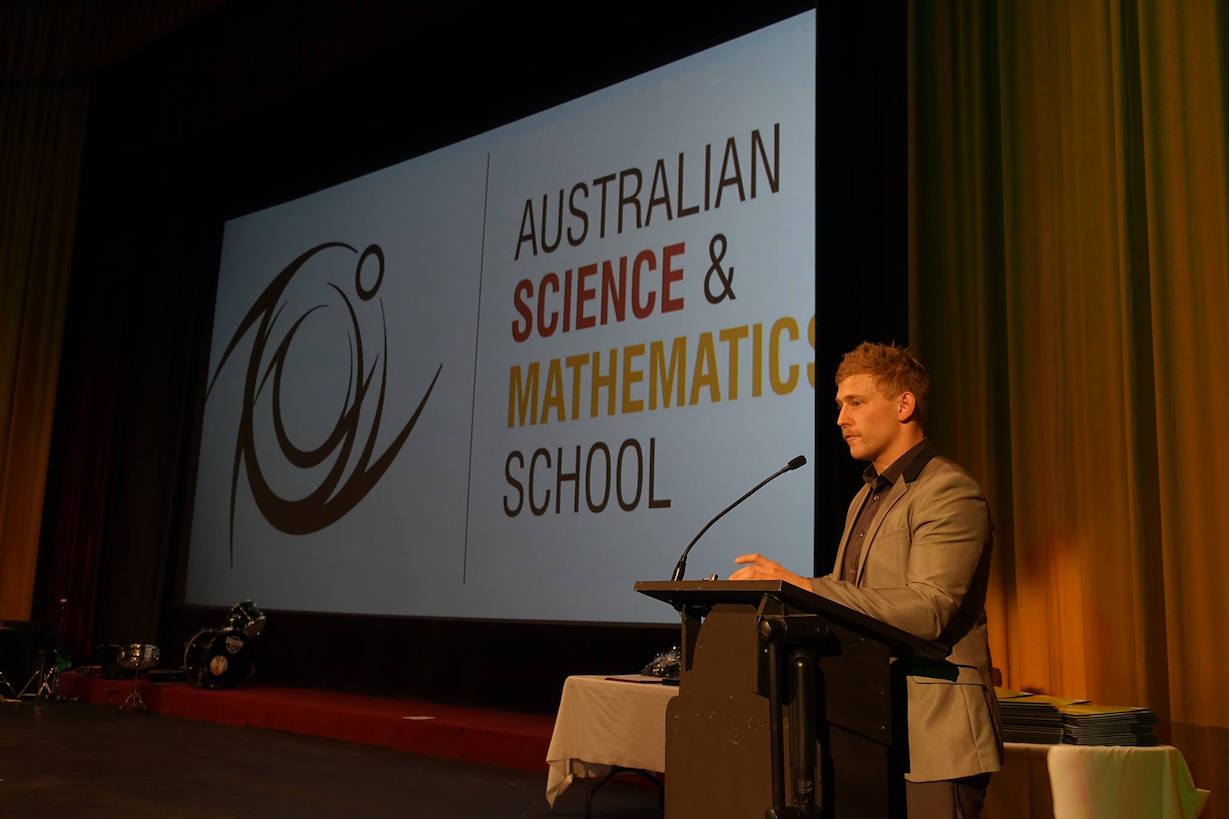 Who here believes the world will get better over the next 20 years?

Okay, good. You guys are my people. Everyone else, you might be wrong.

There’s an index called the social progress index, which ranks countries based on different criteria such as poverty, education and human rights. This index helps us figure out how we’re progressing across a range of issues that aren’t economic, right now the highest ranked country is Norway with a score of 88 and the lowest is the Central African Republic with a score of 31.

133 countries have been measured against the social progress index and if we look at all these countries together the average person has a quality of life somewhere around the Philippines or South Africa, not too bad overall but we can do better.

This is even cooler when we look at global poverty rates around the world, in 1981 52% of the world was living below the poverty line, in 2010 that number has dropped to 21%. As a species we’ve done really well over the last few decades and we’re continuing to do so! We have made huge improvements across nearly every field, landing probes on comets, developing international peace and improving healthcare for millions of people.

All this change sounds amazing, right? But I don’t want you to think that these accomplishments have been done by some other people somewhere else. As ASMS graduates you’re some of the best-equipped young people in Australia to bring in the next generation of technology and innovation across any field even ones we don’t know exist yet.

There are opportunities all over the world that are waiting for people like you to take a bite out of. Earlier this year I was a delegate for the China Australia Millennial Project, which put 150 young innovators from Australia, and China into bilingual think tanks to solve some of the biggest problems facing our countries in the 21st Century.

After a three-month incubator that culminated in Sydney we were able to present our ideas to leaders of industry from companies such as Westpac and AMP. The grand prize went to a team creating products to assist people in discovering and reducing their energy use. The team, called Elumin8 won a trip to pitch this idea at the OTEC conference in Beijing. Competing with other teams from around the world for 1,000,000 RMB. Not bad for a team of 20 year olds from Australia.

There are events and programs like CAMP being run all the time. Recently Startup Weekend hosted another amazing event run entirely by the Adelaide community. This event had people with and without entrepreneurial backgrounds come together for a crazy weekend of pitching and developing ideas, giving people the experience to try something that they never thought they could do.

You might be thinking “but Nick, I have no ideas.” And that’s okay because I’m going to tell you where to start.

In 2015 the UN created a list of goals that as a global society we should be working towards. Some include basic needs like access to sanitation and water all the way up to space travel and developing sustainable energy. I want you to find this list at globalgoals.org and I want you to think about ways that YOU could solve these problems and help reach these goals.

Now, if you just think I’ve told you the easy path to wealth and power there is some unfortunate news. Whatever you do in life there’s going to be times where it feels like you’re not getting anywhere. There are going to be times when you’re tired and want to throw in the towel.

At a recent interview in South Korea Jack Ma, the founder of Alibaba was asked what someone in their early twenties should do if they want to end up in a similar position as him. His response touches on a lot of different things and I’d like to share part of it with you.

Jack said: Before you turn 30, follow somebody. Normally, when in a big company, it is good to learn processes. You are part of a machine. But, when you go to a small company you learn the passion, you learn the dreams. You learn to do a lot of things at one time. So before you’re 30 years old, it’s not which company you go to, it’s which boss you follow. A good boss teaches you differently.

For anyone that doesn’t know, Jack Ma has a networth of 22.5 billion dollars. If there’s a man you should listen to about being successful in business he is it.

People have described Millennials as the next great generation and that’s a lot of pressure. Do not feel that you have to be the world’s most successful person in your 20s. We’re living in a time where you can see what your peers have accomplished in seconds. This is great but can also be disheartening. Social media is just a person’s highlight reel. Build your network of people that share your successes and failures, it’s far more valuable than social media ever will be.

One of the best decisions I’ve ever made has been getting involved with meetups and the communities around my hobbies. Everyone I have met at a meetup has been invaluable in keeping me motivated. Find your people, wherever they are. Quite often they’ll be in greater numbers online than anywhere else. Use these people as a sounding board for your ideas and make sure you return the favour.
Share all your ideas from the best to the worst. Personal projects are by far the most important thing I do. Having an outlet to share your creativity is a great way to increase your knowledge and skills. You might also find something you can take further and turn into a career or business. Working on projects and skills whether it’s making an app, learning a language or anything in between, building things in your spare time is something I can’t recommend enough.

Now that I’ve said a bunch of things and you’re all feeling really inspired to get out there and leave your mark I want to give you one final piece of advice.

Do your own thing.

I’m sure most of you have been asked whether or not you’ll be going to uni and what you plan to do for the rest of your life. At 17 or 18 it’s a terrible conversation to have. If you’re anything like I was you’ll mumble an answer and change the topic. You’re going to have a lot of people give you their opinion on what to do next. You’re going to have people come up on a stage like this and tell you to go do whatever worked for them. If there’s one thing you can take away from tonight it’s that you should always do what works for you.

Go out, move fast and break things. Mistakes aren’t something to hide from and just because someone else failed at something doesn’t mean you have to fail at it as well.

I know for many of you this is another step on a path you, or your parents decided long ago. I also know that for just as many of you it’s a terrifying time and all you can do is post memes on Facebook about how you don’t feel like an adult.

I’ll tell you right now that feeling never goes away and somehow the world survives with a bunch of people winging it most of the time.

When I graduated high school I went off to uni at the recommendation of my teachers and career counsellors, the same as most of my classmates. I signed up for a course I felt no passion about. I lasted a total of two weeks before dropping out and pursuing software development, a hobby I have had since I was 15. Mum was understandably nervous but supportive. I finished a TAFE diploma and was able to get into a job. Since then I’ve been able to move across the country and have worked with some of Australia’s biggest brands such as Honda, 7-Eleven and the Make a Wish Foundation.

Sometimes the decisions you make will be scary and sometimes you won’t see an obvious choice and that’s totally okay. When you make a choice work your best to make it the right choice. Only you know what works for you and will get you to where you want to be.

Get out there and leave your mark. You’ve got this. 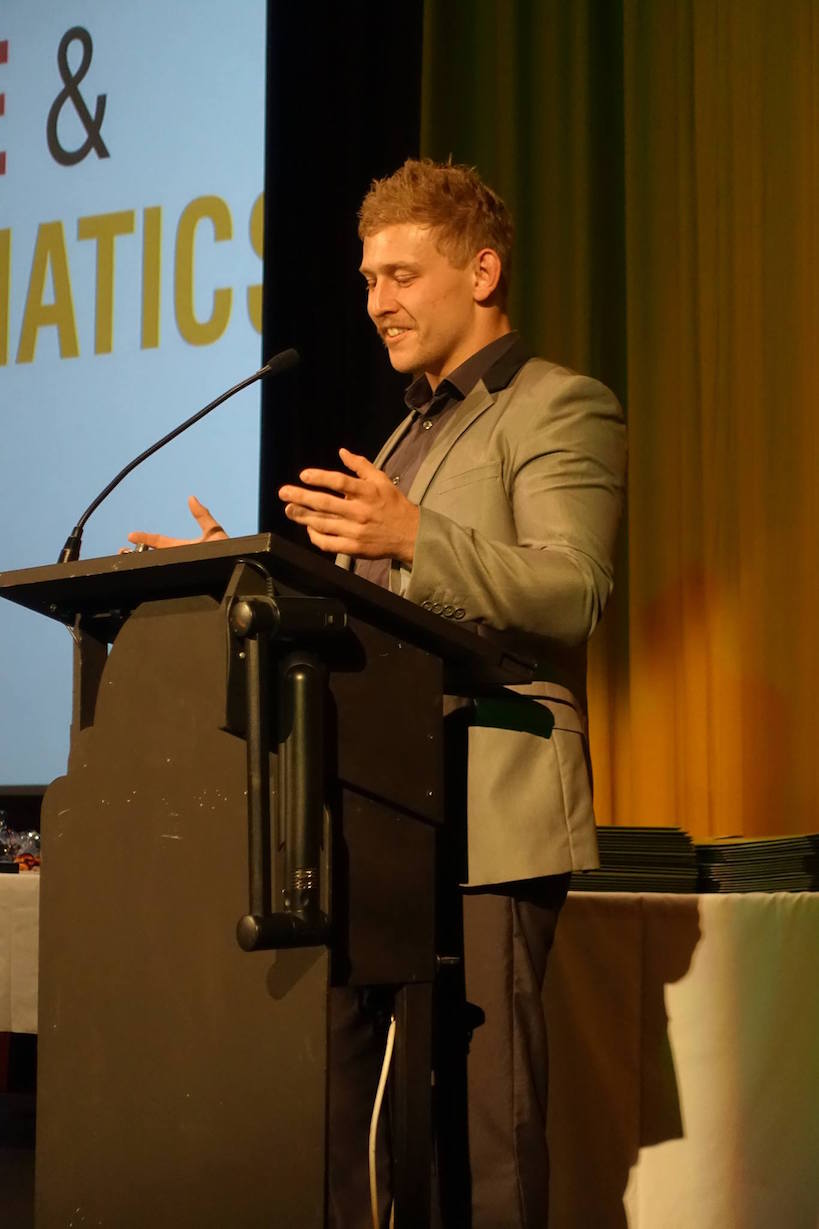